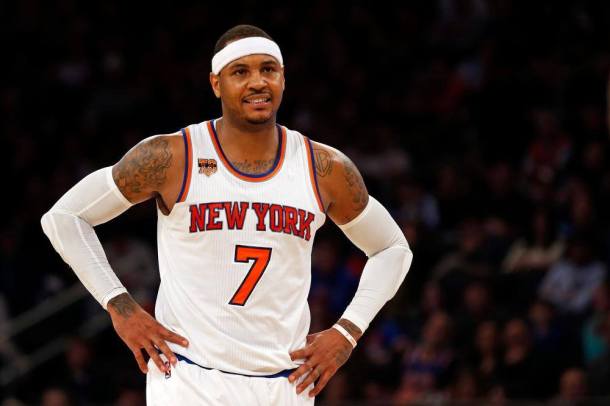 We officially suck. That can’t be denied as the Knicks kicked off the year with the worst loss of the season in getting dominated by the lowly Orlando Magic. I refrained from writing about this game the last two days because I was absolutely disgusted. But before possibly notching our sixth straight loss to the Bucks tonight, let’s look at some of the persistent problems.

PERIMETER DEFENSE: Here’s a funny stat. Before this losing streak, the Knicks were ranked #10 in perimeter defense. But that was very deceptive considering New York only has one win against an elite team this year (Memphis at the beginning of the season). And if you watched the games, the weak teams were still getting wide open shots despite not making them. Now with teams comfortable with their offense, those open shots are murdering the Knicks.

Why are these shots so open? The Knicks are not communicating on defense. No one knows when to help, resulting in haphazard rotations where you’ll see three guys converge on one player and leaving the perimeter wide open. 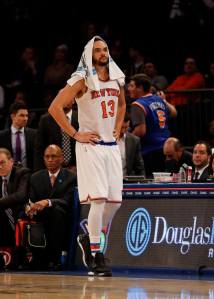 The next issue is simply pieces that don’t fit. These aged and banged up versions of Joakim Noah and Carmelo Anthony struggle to keep their man in front of them. Both are getting killed in PNR. With Melo, he’s no longer quick enough to guard small forwards. The problem with moving him to the 4 means you’d either have to move Porzingis back to the bench (hurting the offense and his development), or risk injury by putting him at center before his body is truly ready.

The other less acknowledged issue is when Derrick Rose and Brandon Jennings play together. On offense, they can light it up when they’re on with penetration. But they’re also prone to hero ball and even worse, getting lost on PNR. Unless Porzingis is roaming the paint, Hornacek has to be careful when using that backcourt.

MAGIC BECOME THE WARRIORS: That all brings me to Monday’s game. The Magic came out and hit 3 three-pointers to start the game. Jodie Meeks had 17 points in the first half and finished with 23 (6/7 from downtown). Two other Magic starters scored over 20 points: Serge Ibaka (22) and Aaron Gordon (22). Speaking of Gordon, you know the defense is hideous when he’s hitting step-back 3s.

MOVE WITHOUT THE BALL: Another huge issue is the ball movement. Yes, we have some dynamic one-on-one players in Melo and D-Rose, but that should only be relied on when they’re on fire. When the ball is constantly being pounded into them, it makes the offense predictable and easy to defend. It kills me to see Melo given the ball with less than 10 seconds on the shot clock and NO ONE attempting to cut to the basket. The strategy resulted in the team notching just 18 assists to the Magic’s 35.

IT STARTS AT THE TOP: I’m not one of those guys that places all the blame on Carmelo. The problems I listed are full team issues. However, he is the leader of the team. The team is normally reflective of his mood and play. If he’s complaining a lot of the refs, the rest of the team follows suit. Lazy on defense? You’ll see it on other players. He needs to step out of his comfort zone and take a more vocal on-court role.

Tonight’s Bucks game will not be easy. I can accept a loss, but not the effort we’ve seen over the last few games.