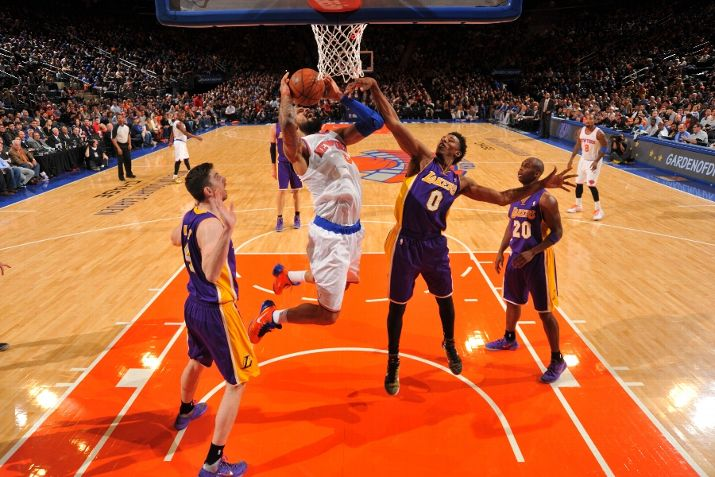 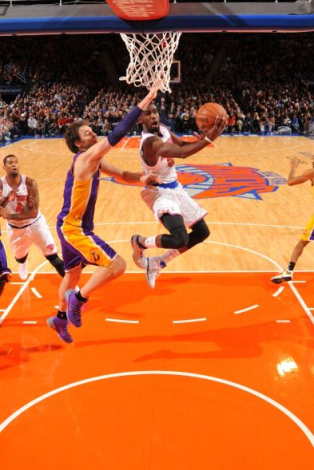 NEW YORK CITY, NY — Weekend afternoon games have not been kind to the Knicks this season. Whether it’s due to partying or just lack of focus is anyone’s guess. This wasn’t an issues yesterday (well, at least on offense) as New York but together a total team effort highlighted by big games from Carmelo Anthony (35 points), Tyson Chandler (13 points, 14 rebounds), Raymond Felton (20 points), Tim Hardaway Jr. (18 points) and JR Smith (16 points) to take their latest “must-win” game over the Los Angeles Lakers. The last thing the Knicks needed was a letdown after Melo’s 62 point game and for now, the momentum is still intact.

DEFENSE NEED NOT APPLY: A win is a win, but it was disturbing how badly the Knicks guarded the perimeter. The Lakers burned them for 11 treys on 47% shooting. Felton was the culprit most of the time, but others were pretty lax closing out on the shooters until the final minutes of the game. Jodie Meeks (24 pts) had a 13 points in the third and was a scorching 6/8 from downtown.

The post defense got off to a bad start with Pau Gasol (20 pts) before our trio of bigs, lead by Chandler, clamped down in the second half.

AROUND THE RIM ISSUES: Jeremy Tyler and Cole Aldrich had some really good defensive stops and rebounds, but their offense also had you yelling at the TV. On about four occasions they missed point-blank shots at the rim. Once they get more comfortable with their playing time, that should cease.

THJ: Our rookie was on fire. Tim went 4/5 from downtown and attacked the basket for a sweet 3-point play. His best sequence came in the third when he swished a three-pointer and was the recipient of a Melo alley-oop to extend the NY lead to 83-79.

FUN FACT: Since resigning from the Knicks and going to LA, Mike D’Antoni is winless at Madison Square Garden. Expect Melo to keep it that way.

On Wednesday, the Knicks will host the Boston Celtics.