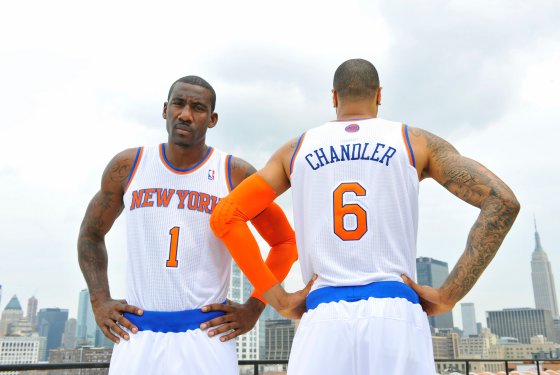 The excitement of a new Brooklyn team and numerous lineup changes hasn’t dampened the fan buzz for the New York Knicks, who the NBA confirmed today hold the distinction as having the best-selling jersey in the league.

The figures were compiled from the NBA Store on Fifth Avenue in New York City and the online NBA store totals from April-November. This coincides with aftermath of “Linsanity” and the re-emergence of Carmelo Anthony, who had phenomenal April 2012 that was highlighted by two clutch three-pointers to beat the Bulls in overtime on Easter Sunday. This year, the Knicks surprised many critics by storming out to a 6-0 start and currently stand at 9-4.

This is the first time the Knicks have held the #1 spot since 2004. The remaining top five is filled out by Miami, Los Angeles (Lakers), Chicago and Boston.