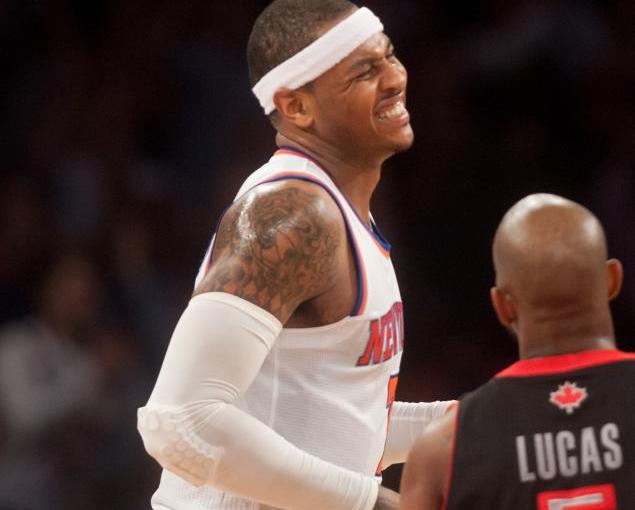 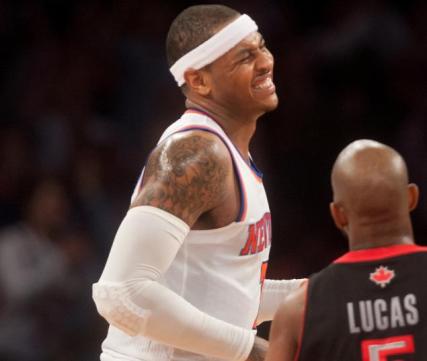 The NBA’s reigning scoring champion has looked anything but dominant the first week into the season. Carmelo Anthony have struggled with his shooting and alarmingly in fourth quarters, when New York has relied on him to extend leads (against the Bulls) or cap a comeback (vs. the Timberwolves). Is is COach Woodson’s plays? An injury we don’t know about? None of the above. According to Melo, his problem is simply — he’s overthinking.

After practice earlier today, Melo spoke to ESPN on his shooting woes and trying to adjust to new teammates.

For myself, maybe I’m second-guessing myself as well. Maybe I’m a little bit passive out there, trying to do things that’s out of the norm and trying to make people better at the wrong times.

Yes Melo, we need a quick turnaround. At the same time, I’m not going to bash the man and put it all on his shoulders. He’s made a strong effort to be the dynamic player that many critics have slammed him for not being since coming to NY. In the Wolves game, he grabbed 17 rebounds. Against Chicago, he had a Devil’s number in 6 rebounds, 6 assists and 6 steals.

The effort and the right ideas are there. When your shot isn’t falling, do other things to help the team. However, there just needs to be more imaginative plays to get Melo the ball in crunch time aside from Felton running around the perimeter until there’s less than 10 seconds on the shot clock. Or just dumping it to Melo repeatedly on the block.

Luckily for the Knicks, they have 78 games and a few months to get it right. 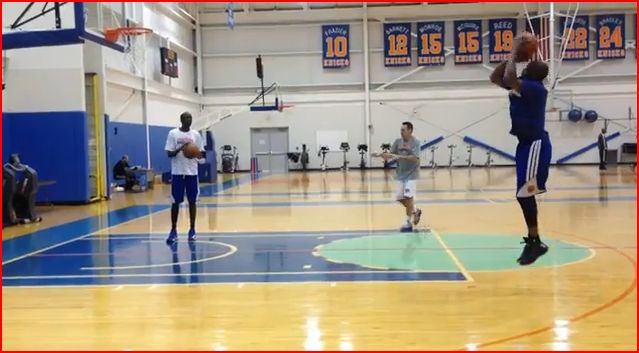 Raymond Felton, currently out with a right pinky fracture, completed his first non-contact practice yesterday at the Madison Square Garden training facility. It’s no secret that the Knicks desperately need Felton, who’s been out since late December. The loss of Felton has forced New York to put heavy minutes on its aged guard reserves Jason Kidd and Pablo Prigioni.

From the below clip, the recovery period has already done wonders for his shooting form. If everything continues to go well, Felton could be back this Saturday when NY heads to Philly to face the Sixers.