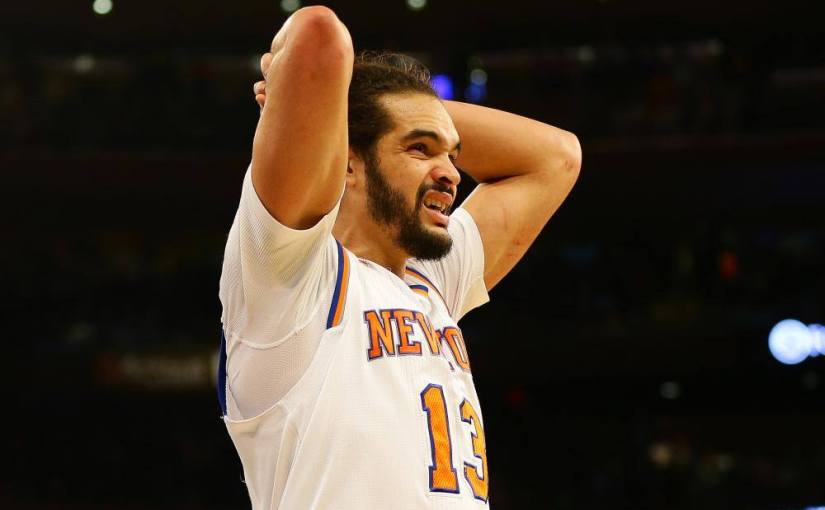 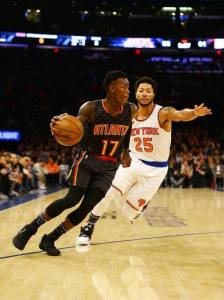 Play hard but not smart and lose in crunch time. We’ve seen that statement play out repeatedly this season with the Knicks being on the wrong end of buzzer beaters. This afternoon it was a three-pointer from Dennis Schroder and multiple botches on New York’s game-winner attempt to lose 108-107 at Madison Square Garden. Now six games under .500 at the season’s halfway point, the Knicks are looking at the very real possibility that this team needs to be blown up. 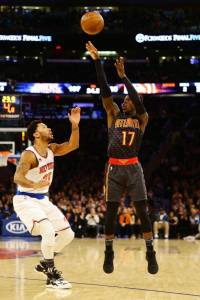 PERIMETER DEFENSE: The irony of it being a three-pointer that did the Knicks in. Derrick Rose and Brandon Jennings were absolutely atrocious defensively. They couldn’t get through screens, leading to defensive collapses and wide open jumpers. Schroder and our old friend Tim Hardaway Jr. combined for 48 points. And Kris Humphries of all people was 3/3 from downtown! Although neither team ever lead by double digits, giving up opens shots and 13 pointers is difficult to overcome.

GIVETH AND TAKETH AWAY: Despite shooting nearly 50%, the team shot itself in the foot with poor ball-handling. The team had 18 turnovers, with Melo accounting for 5 and Rose with 6. Part of this can be attributed to the new starting lineup Hornacek went with that featured Rose-Baker-Kuzmiskas-Melo-Noah.

Despite a few rookie mistakes (Baker was gunning a bit too much late), Kuz and Baker helped more than they hurt. Kuz had 14 points on 6/10 shooting, and all of Baker’s 12 points came from downtown. 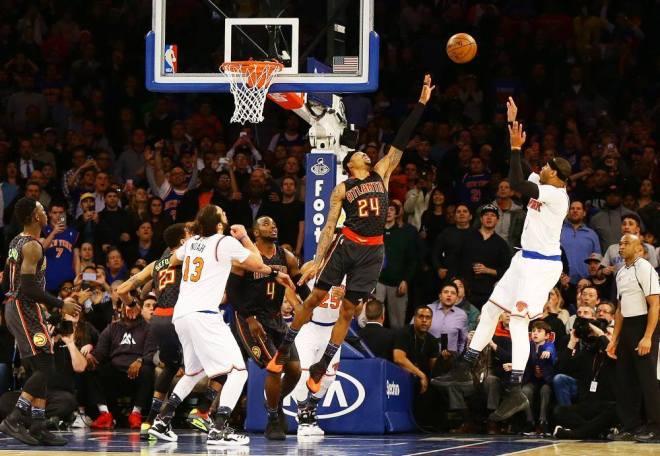 MELO’S MISS: Despite all the defensive and ball-handling issues, the Knicks had this game. All Melo had to do was hit a short jumper about 2-3 feet from the rim. Of course, he clanked it and Noah couldn’t secure a tip-in, allowing the Hawks escaped with a win. Before Melo got the ball, Rose had been fouled on a drive but you know MSG refs swallowed their whistles.

That shot sums up this season for Melo. He had 30 points on 10/16 shooting, but it just isn’t enough. He can’t carry this team on his own. It’s a shame he’s become the scapegoat for all the team’s problems, but that’s New York for you.

The schedule gets no easier as the Knicks face the Celtics on Wednesday.