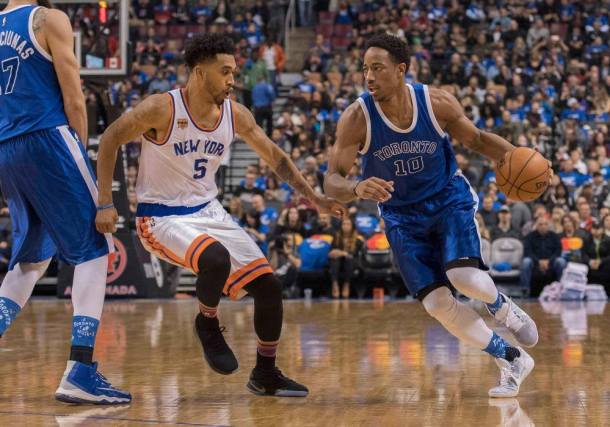 I couldn’t write about this game on Saturday because I was too pissed off. If there was ever a game that was an indictment on how bad our defense is, it would be this loss to the Raptors last Saturday.

If you would have told me going in that Carmelo Anthony would have 31 points with Derrick Rose and Kristaps Porzingis adding 21 points apiece, I would have supreme confidence the Knicks would enjoy a blowout win.

Alas, you don’t get easy wins when you statistically have the worst defense in the league. The Knicks couldn’t defend the pick and roll in crunch time, allowing Kyle Lowry several clear drives to the rim to ice the game in the final minutes. Maybe it wouldn’t have gotten to that point if the Knicks could play defense without fouling — the Raptors got 38 free throw attempts to the Knicks’ 16. New York also allowed 20 points in transition.

The verdict is clear nine games into the season. If the Knicks can ever salvage themselves to play adequate defense, they make the playoffs with a decent seeding. If not, we’ll have another extremely disappointing year in the books.