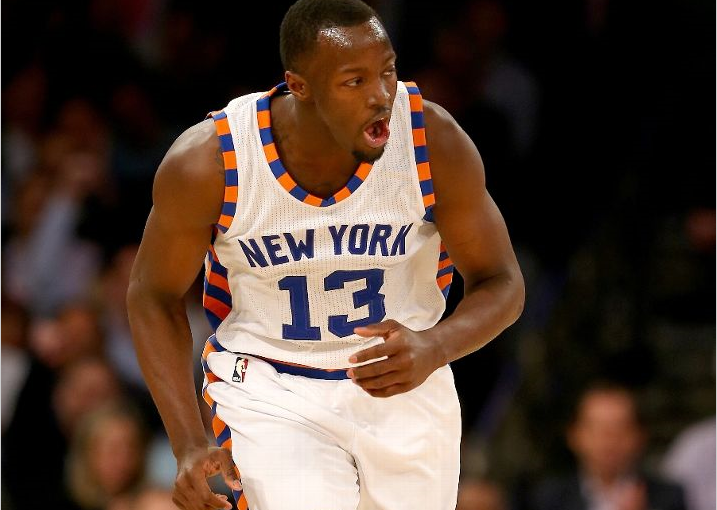 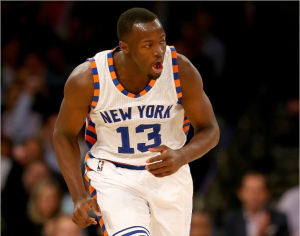 NEW YORK — Despite losing Carmelo Anthony to injury in the second quarter and Kristaps Porzingis to fouls late in the fourth, the Knicks received a spark from Jerian Grant to hold off the Celtics 120-114 in a Madison Square Garden thriller.

FIRST HALF BRILLIANCE AND LATE SCARE: The Knicks ball movement has been rolling and that continued in the first half. Porzingis (26 points, 6 rebounds, 2 steals, 2 blocks) blitzed Boston for 16 first quarter points, including 3 three-pointers.  Melo chipped in 12 and looked fantastic as our main ball facilitator.

A freak accident happened when Melo was going back up the court and twisted his right ankle on the ref’s foot. We all held our collective breaths and breathed a sigh of relief when he walked out under his own power. X-rays later turned up negative, and just one half of play showed what a tear he was on with 17 points (7/10), 4 rebounds and 3 assists.

A PLAYOFF-LIKE BATTLE ENSUES: Melo tried to give it a go, but felt too much pain and had to come out just 19 seconds into the third. That left Porzingis as our primary scorer, but he was benched quickly after collecting his fifth foul. The Knicks had every reason to fall apart with Isaiah Thomas (34 points, 8 assists) cooking them on drives and threes for a 12-point third quarter. But New York never gave up the lead due to timely hooping from Robin Lopez (15 points) and Derrick Williams (15 points, 10 rebounds) to take a narrow 85-81 lead into the fourth.

THE TEAM DELIVERS: In crucial moments, every Knick carried his weight. Robin Lopez kept working in the post on both ends, D-Will got out on breaks, and Arron Afflalo (24 points) abused Jae Crowder in the post. These contributions kept the Knicks competitive with Porzingis not coming until under 5 minutes. Unfortunately, KP then fouled out with over 2 minutes remaining.

Boston briefly got the lead due to KP’s foul being on a three-point attempt (105-106), but New York scored on back to back possessions via a Lopez hook and Williams dunk to take the lead for good.

CONFIDENCE BUILDER: This was a fantastic win. First, we need to overtake Boston if we hope to get a playoff spot. Second, the role players discovered they can compete and win by moving the ball, playing smart defense and trusting each other even in the absence of Melo and Porzingis.

Most important was Jerian Grant having his best game as a Knick with 16 points and 8 assists. He was what we sorely need at point guard — a two-way threat. If this game marks a turning point, the sky is the limit.

New York is back at .500 (20-20). The last time that happened, we promptly went on a four game losing streak. This time, it feels different. We’ll know for sure tonight when the Knicks are back in action against the Brooklyn Nets.