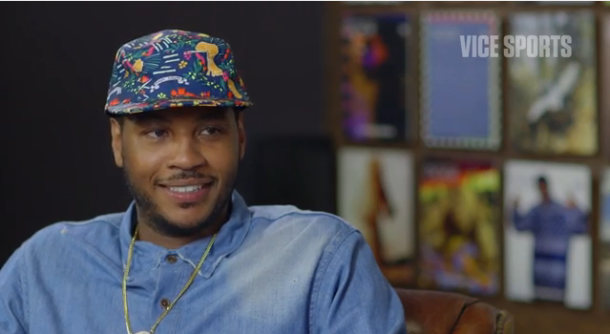 Just one day after officially opting out of the last year of his contract with the New York Knicks, I’m already over “Melodrama 2014.” Unfortunately, the drawn-out process has just begun. For Knicks fans, don’t give up hope yet, as this interview with Vice Sports shows that Melo is still leaning towards staying home. In this short but informative video, Melo talks about his family loving New York and dismisses the much-reported story that his main reason for opting out is that he wanted to “win now.”

One very important thing to keep in mind — this video was reportedly filmed on June 3. A lot could have happened with Melo’s mindset in the last 21 days.