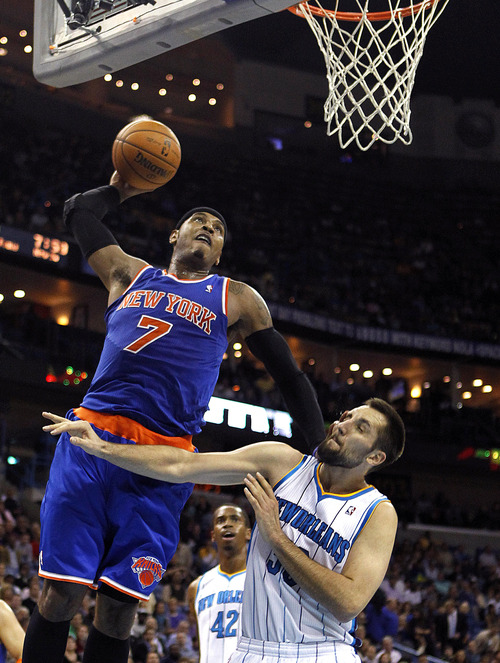 In Melo we trust! Carmelo Anthony has been recognized as the NBA’s Eastern Conference “Player of the Week” for his recent excellent play in leading the Knicks to a 3-1 record from November 26 through December 2. New York has secured wins over Milwaukee, Washington and Phoenix, with the lone defeat being an overtime loss to the Brooklyn Nets. During this span, Anthony has averaged 29.5 points, 8 rebounds and 1.3 blocks on 45% shooting from the field and 47% from downtown. The Knicks are currently second in the Eastern Conference with a 12-4 record.

The scary thing is Melo can be even better. Those who’ve watched the games know that although Melo has gotten a lot better at trusting his teammates, he’s still prone to a few bad “heat-check” shots per game and a defensive lapse or two. Tighten those up and should these numbers hold, the “MVP chants we’ve heard recently at the Garden may just become a reality.