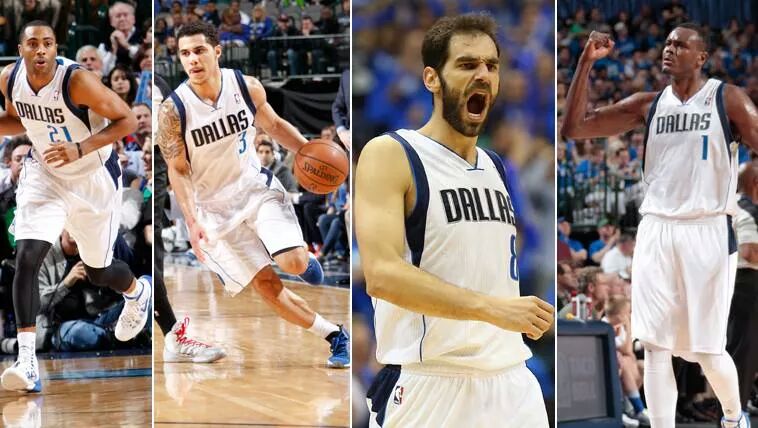 Chandler missed over 30 games last year with injuries and has struggled in recent years to meet the level of play that made him the Defensive Player of the Year in 2012. He has one year remaining on a four-year, $60 million dollar contract.

Felton had one of his worst seasons last year, shooting 39% from the field and posting a career-low in points (9.7). Felton was plagued by off the court problems as well — he was arrested on felony gun charges and last week plead guilty, receiving a $5000 fine and 500 hours of community service.

“The journey to build this team for the upcoming season and beyond continues,” said Phil Jackson in a statement about the trade. “We have added players with this move that will fit right in to our system while maintaining future flexibility. We would like to thank Raymond and Tyson for their time and hard work with the organization over the past few years.”

Sorry Tyson Chandler — any trade that gets Felton off this team gets the stamp of approval from me. While I’m not particularly crazy about Jose Calderon on the defensive end, he can hit open threes, which makes him ideal for the triangle offense Fisher and Jackson are looking to implement. Shane Larkin also has a lot of potential. I can see him becoming a fan favorite and having a string of breakout games next season. I’d be surprised if Dalembert makes it onto the roster. Ellington I’m not well-versed on, but at least he’s not an injury-prone old vet like most of our signings in recent years.

As for Chandler, I loved him when he was healthy and giving full effort. But when is the last time we’ve actually seen that from him? He seemed to always be injured or sick during the playoffs, and his rim protection has taken a severe nose-dive. Not to mention, the man still struggles to finish point-blank shots at the rim.

Chandler also did a lot of finger-pointing last season, taking jabs at Mike Woodson and subtle ones at Carmelo Anthony. His body language and effort told me Chandler had mentally checked out so a change of scenery, especially back to where he had his greatest success, should be a huge motivator and do him good.

All in all, this is a very good trade for the team. And can you believe we actually got picks back?! In Phil we trust…