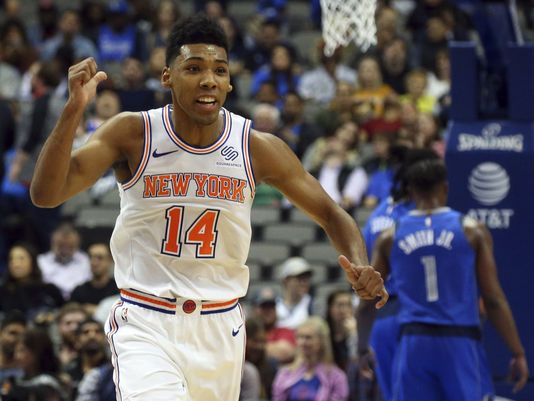 Trier was on a two-way contract that could have made him a free agent at the end of this season. With his breakout performances, the Knicks decided not risk a potential bidding war and used their entire bi-annual exception ($7 million) to keep Trier in orange and blue for the next two years. In 2020, he will enter the market as a restricted free agent.

To make room, the Knicks had to make a roster cut. Guard Ron Baker, in the second year of a deal paying $9 million ($4.5 this year), was the odd man out. The move, combined with the $18.5 million being paid to the waived Joakim Noah, means the Knicks have to take a cap hit of $23 million this year.

But next year, the Knicks will have freed up an extra $3.5 million in cap flexibility. Currently, they’re projected to have nearly $29 million, which is within striking range of max money for a veteran free agent superstar or possibly Kevin Durant with a few more space-clearing moves.

All in all, Knicks fans should be very happy with this move. The way Trier’s progressing, this contract may very well turn out to be a steal.