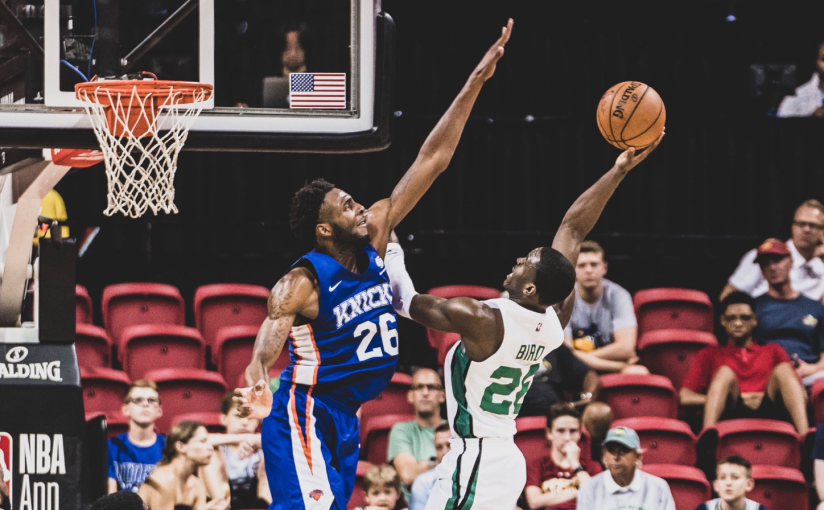 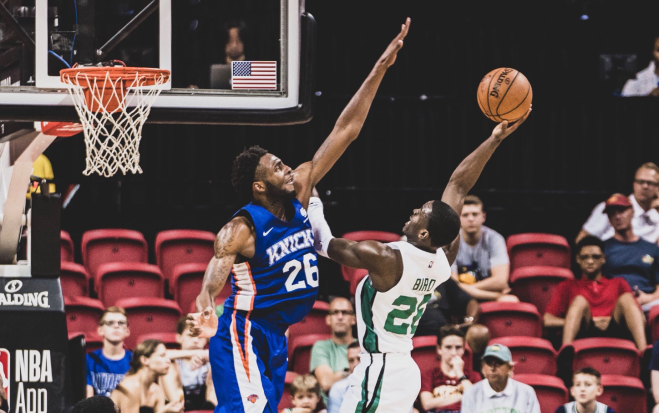 The Knicks’s Summer League campaign hit another pothole with a 82-75 loss to the Celtics. While Kevin Knox had his worst shooting game to date, Mitchell Robinson gave Knicks fans a lot to cheer for as he was a terror in the paint (and even defensively on the perimeter.

Our loss to the Lakers gave us a preview of how bad this squad is without a competent point guard. Once again missing Ntilikina, the offense failed to get any consistency. this made Knox feel like he had to force the issue. He didn’t get many calls on his drives and he looked uncomfortable on post-up attempts. He went just 5/20 from the floor for 15 points. I like the idea of Knox trying to work in the paint, but I believe that won’t get consistent until he gets some “man strength” a few seasons in.

Robinson had a loaded stat sheet with 17 points (8/10), 12 boards (7 offensive) and 6 blocks, including another close-out one on a three-pointer. The kid is just a ridiculous athlete. He caught a few flashy alley oops and was there to clean up missed layups and jumpers. Let’s also not overlook that he once again disrupted the passing lanes and snatched 3 steals.

Allonzo Trier had a solid scoring and shooting night (17 points, 5/8) and got to the line (6/6). But most observers have been focusing on his “ball-hog” tendencies. I feel that’s been highly unfair over the last two games since he’s been forced to play out of position. Trier is clearly not a PG. However, it is reasonable to expect him to work on his playmaking and off-ball movement. I’m interested to see if he make the main roster. Even with his flaws, it wouldn’t surprise me to see Trier get the nod over a slumping Damyean Dotson.

The Knicks are back in action Friday afternoon (4:30 pm ET) on ESPN3 against the New Orleans Pelicans.