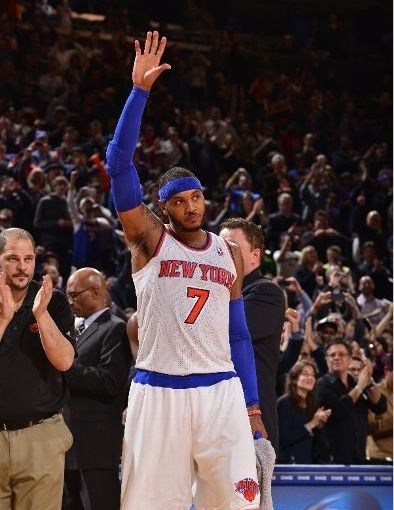 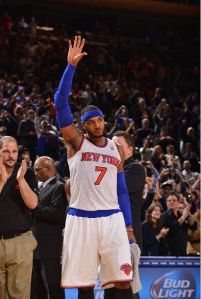 The Carmelo Anthony saga in New York City is over. The New York Knicks have officially completed a trade that will send the 10-time All-Star to the Oklahoma City Thunder for Enes Kanter, Doug McDermott and a second-round pick, reports confirmed Saturday afternoon.

Trade talks revved back up this week as the Knicks wanted to make a deal before next week’s training camp. The tight deadline made Anthony, who possessed a no-trade clause, expand his approved destinations beyond Houston to Oklahoma City and Cleveland. Previously, Houston trade talks failed due to the Knicks not wanting to take back the long-term contract of Ryan Anderson. Cleveland was contacted by New York several days ago after declining over the summer to deal Kevin Love for Anthony.

The Knicks, who wanted to obtain scoring and shorter contracts for Anthony, received that with Kanter, who averaged 14 points, 7 rebounds last season and has one year remaining plus a player option for 2018-2019. McDermott averaged 9 points over 66 games last year for the Bulls and Thunder. The second round pick comes courtesy of Chicago.

The 33-year-old Anthony is waiving his $8.1 million trade kicker to complete the deal.

The Knicks will open the season on the road against the Thunder on October 19.

The circus is finally over. Still, I can’t say I’m happy. For all Melo’s faults, the way he was treated by Phil Jackson and the Knicks has left a sour taste on many players since Melo is well-liked across the league. It will take some time before our rep is rebuilt enough to entice free agents to come here.

That no-trade clause really came back to bite us, too. A player as talented as Melo and all we could get was Kanter, McDermott and a throwaway second round pick???

On the bright side, we get to see what Porzingis can bring with the offense centered around him sans the triangle

As for opening night against OKC, I’m expecting us to get smashed by at least 30.