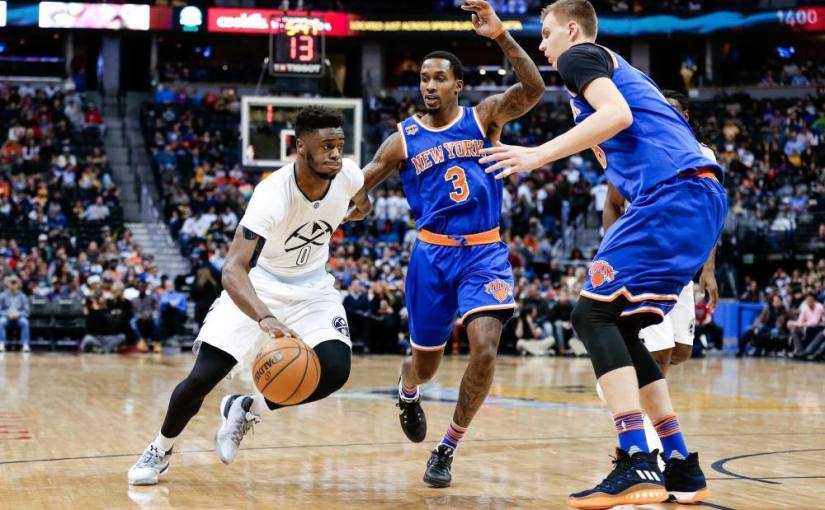 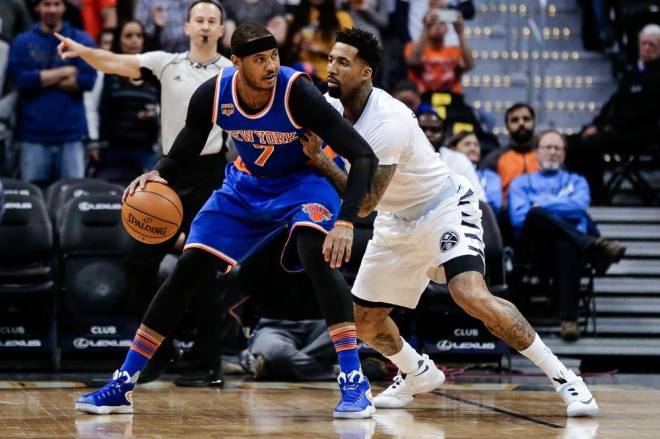 After choking in Phoenix and getting embarrassed on national TV by Golden State, the Knicks claimed they were viewing tonight’s game against the Denver Nuggets as a “must-win.” It turned out to be all talk as the Knicks had one of their worst defensive showings of the season giving up 127 points. Finishing 2-3 on this road trip after starting 2-0, it wouldn’t be hyperbole to call this our worst stretch of basketball this year.

PATHETIC DEFENSE: The Nuggets had free rein in the paint, outscoring New York 68-32. You know the effort is atrocious when shooting deficient guys like Kenneth Faried (25, 10/11) and Emmanuel Mudiay (22, 10/15) torch you. The Nuggets scored at least 30 in every quarter as every starter hit double figures.

EVEN MORE PATHETIC OFFENSE: The Knicks shot 32% in the first and barely got over 40% for the game. Carmelo Anthony was the only Knick to shoot well, scoring 29 points on 10/14 shooting. Porzingis dropped 22, but was 7/19 (1/6 from downtown). The lone bright spot outside of Anthony was Willy Hernangomez, who made the most of his 28 minutes with 17 points and 10 boards. 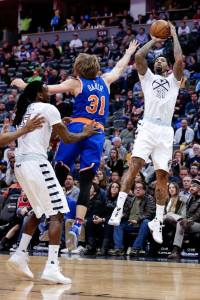 SLIPPING POSITION: This loss drops the Knicks to 5th in the standings. Luckily, most of the other teams outside of Cleveland and Toronto are struggling .500 teams. That means if New York can get their act together (big if…), they’ll regain the #3 spot going into 2017.

WHERE WAS THE EFFORT?: Frankly, the Knicks just gave up. They never matched the energy of Denver even when they got the deficit to 4 early in the third quarter. They never had the desperation of a team looking to break a losing streak. The futility prompted a rare tantrum from Coach Hornacek when he threw a cup and clipboard during a huddle.

We can only hope coming back to New York will remind this group of their capabilities. They face Indiana Pacers on Tuesday.