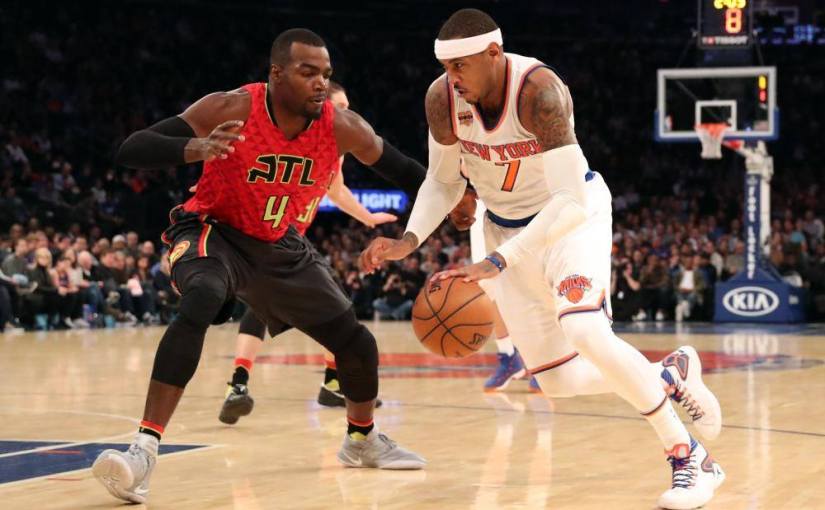 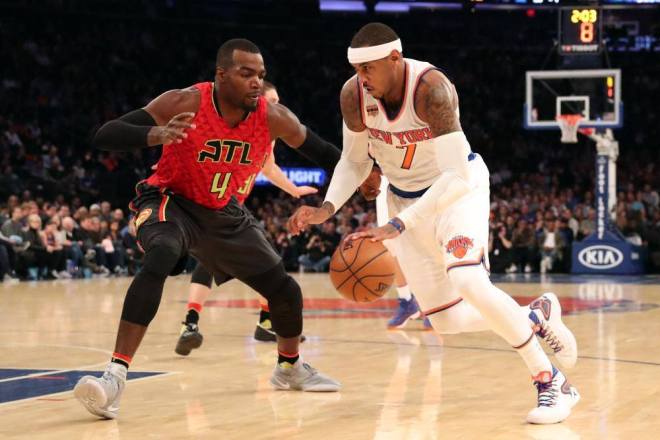 Sunday’s game had the chance to be a defensive disaster when news hit that Joakim Noah was out. Dwight Howard did run rampant, but Carmelo Anthony’s 31 points and sound team defense gave the Knicks an impressive 104-94 win over the Atlanta Hawks at Madison Square Garden.

NOT WAVERING: The Knicks were locked in on defensive rotations. Outside of a few open treys, the Hawks had to work for every basket and only managed 40% from the field. Billy Hernangomez (7 points, 8 rebounds) and Kyle O’Quinn (8 points, 8 rebounds) harassed Dwight Howard (18 points, 18 rebounds, 6/12 FT) and made him work at the free throw line. And Derrick Rose (14 points, 7 assists) dominated his matchup with Dennis Schroder (0/8, 1 point).

MELO LEADS THE CHARGE: Melo’s offense set the tone, but it was team effort to get this one. Four of the starters hit double figures, including Porzingis with another double double (19 points, 11 rebounds). Courtney Lee chipped in 14 points and was excellent slashing to the rim and using his three-point shooting to stifle several Atlanta runs in the second half.

FOUR STRAIGHT AT HOME: The Knicks have done a fantastic job protecting home court by notching their four straight at Madison Square Garden. The challenge in channeling the focus on the road where too many times we’ve seen a lethargic ball club.

Next up is another home stand against the struggling Trailblazers, who are 1-4 over their last five games but come in off a 129-109 beatdown of the Brooklyn Nets.