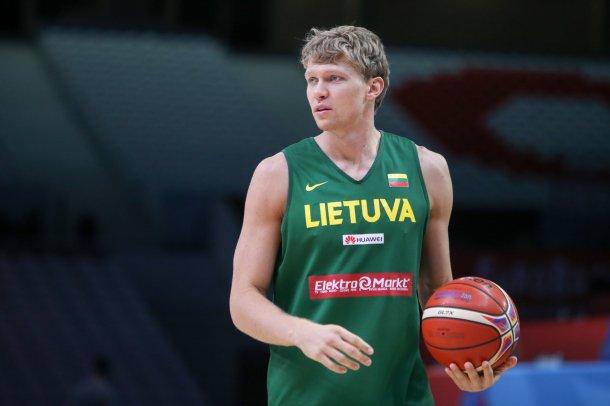 Who??? Don’t feel bad — I’m willing to bet 99% of Knicks fans had no idea who this Lithuanian small forward was before the Knicks announced their deal earlier this week. Although the financial details have yet to be disclosed, the Knicks brass apparently really wanted Kuzminskas and went as far as securing a high-figure buyout from his Turkish team.

So how can he help this team? At 6’9, he adds depth at small forward and appears to have a game predicated on getting to the basket. In recent years, the Knicks have been relegated to a jump-shooting team due to poor athleticism. Kuzminskas looks to be a guy that finishes well on breaks and offers a bench spark.

The highlights left me with one main concern — does this guy have a jumper? The clips were heavy on dunks and layups, but I’m happy to report Kuzminskas has offensive versatility to his game. According to Synergy Sports Tech, Kuzminskas had a FG% on 74% in transition, 58% on spot-up jumpers, and 53% in the post last season.

If his game translates well to the NBA, don’t be surprised to see him turn into a quick Garden favorite.