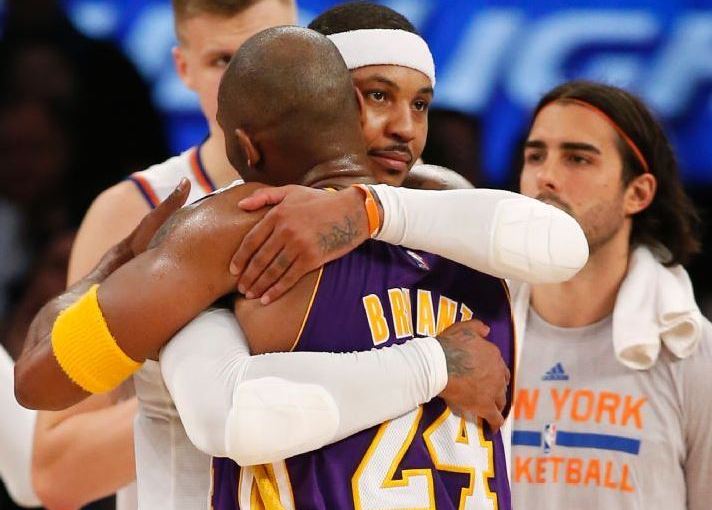 NEW YORK — The Knicks executed in crunch time to secure their first home win of the season over an inspired Lakers, beating Kobe Bryant in what may be the future Hall of Famer’s final appearance at Madison Square Garden.

This was the team’s first afternoon game of the year and it showed. There was a general lack of fire in the first half and that allowed the Lakers to hang around. Bryant, who finished with 18 points, hit the majority of his early jumpers while Melo was relatively quiet with just 7 points.

Things turned in the third when Derek Fisher was ejected for letting the refs have it for a questionable foul on Kristaps Porzingis for challenging Bryant’s three-point attempt.  From there things seemed to pick up. But the Laker bigs, lead by Roy Hibbert (18, 10 rebounds), helped Los Angeles tremendously with their offensive rebounding.

The Knicks finally pulled away via an 11-0  run in the final 2 minutes to go up 98-90. The blitz was ignited by a clutch three-pointer from Langston Galloway (14 points) and four timely free throws from Carmelo Anthony, who scored 11 points in the fourth and finished with 24.

New York is back in action on Tuesday against the Toronto Raptors.