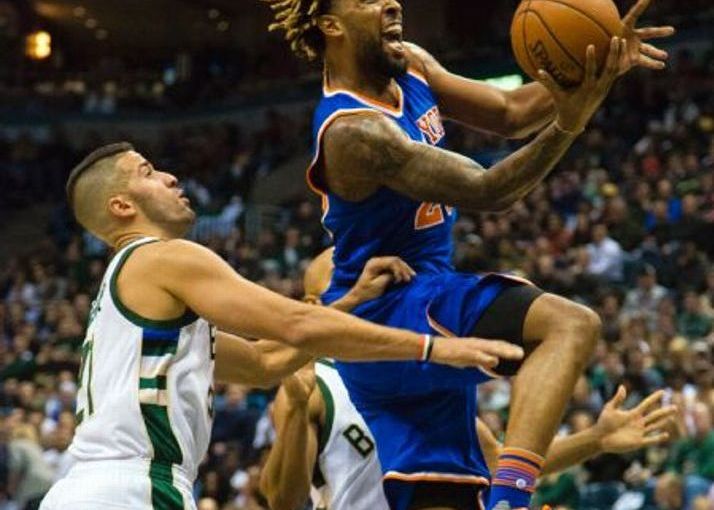 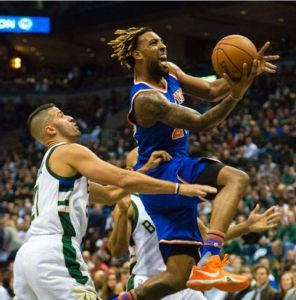 MILWAUKEE, WI — Watch out starters, the bench players are coming for your jobs. With Carmelo Anthony and the rest of the starting lineup struggling with their shots, the Knicks bench shouldered the load with a combined 73 points to lift New York to a crushing 122-97 road win.

COMING BACK STRONG: The Knicks had a slow shooting start (2-12) and struggled with keeping the scrappy Bucks out the paint. An 8-0 Milwaukee run had them down 11-4, but the insertion of Derrick Williams and Jerian Grant provided a big energy spark. Even in the penalty with 4 minutes remaining in the first, the Knicks remained aggressive with their man to man defense and forced the Bucks into woeful perimeter shooting. Powered by DWill’s 11-point first quarter (24 for the game), New York went on a 15-0 run between the first and second quarters to take command of the game with a 34-23 lead and never looked back.

ALL-AROUND CONTRIBUTIONS: Even when the Bucks got down by over 20 in the third, they remained determined to get back in the game. But every time they got close to single digits, a key basket shut them down. Four bench players hit double figures, and Kyle O’Quinn had one of the better all-around performances with 8 points, 11 rebounds and 2 blocks. Rookie point guard Jerian Grant stepped up due to Jose Calderon’s foul trouble and dropped 10 points, 5 assists and pocketed 3 steals.

PORZINGIS SHOWS HIS VALUE: Our prized pick struggled with his shot (3-11), but still made a strong impact by getting to the line (9-12). He ended up with 16 points and 5 rebounds on a “bad” night. When that shot starts going down, he’ll be a constant threat that opens up the game for Melo. [youtube https://youtu.be/Qy1kjYVvQGs]

TEMPERED EXCITEMENT: While it was great to dominate like this with a key starter (Arron Affalo) and bench big man (Kevin Seraphin) out, we need to keep in mind the Bucks were missing two of their best players (Giannis Antetokounmpo, O.J. Mayo). However, the effort and focus we saw was missing most of last season. In addition, this year’s team has playmakers. I’m on board with Charles Barkley (gasp) that New York makes the playoffs barring any serious injuries.

MELO CONTRIBUTES IN OTHER WAYS: Melo finished with 11 points (4-16), but impressed me with 5 assists, including one to kick off the game. No, Carmelo won’t be dropping triple doubles anytime soon, but this indicates what he can do when surrounded by competent athletes.

BACK AT IT TONIGHT: The Knicks get no rest as they’re at MSG for a stiff test against the Atlanta Hawks. I’m interested to see the reception Tim Hardaway Jr. gets.