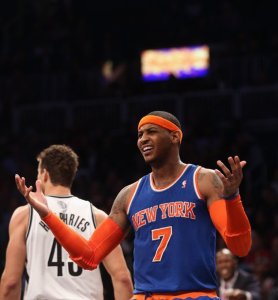 Since hitting my radar via his hilarious on-court impersonations of Russell Westbrook and James Harden, I’ve been waiting for BdotAdot5 to deliver his take on our very own Carmelo Anthony. Here it is. You think he included enough jab steps?