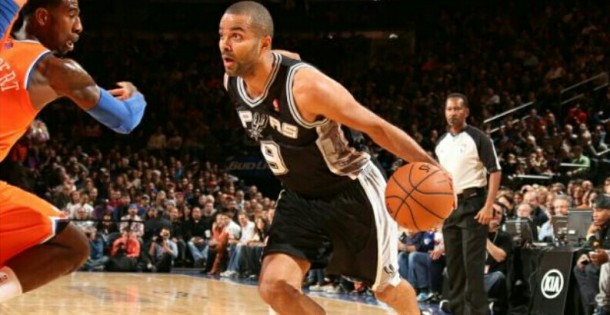 Looks like another player’s only meeting is in order. Just one game after appearing like the Knicks had turned a curve in stablizing out their offense and defense, the Spurs brought them crashing back to reality with a embarrassing 120-89 thrashing at the Garden. The offense? Terrible the entire game. The defense? Even worse — so bad it became absurd almost from the opening tip. The crowd booed lustily every quarter. Teammates and Coach Woodson looked demoralized. Although it’s still just six games into the season, these are the types of games that end up getting coaches fired.

Think I’m exaggerating? Let’s get right to the numbers behind this massacre.

0-10: The aforementioned number represents the start of the game, where the Spurs came out the gate to reel off 10 straight (six behind two open three-pointers for Danny Green) and never looked back. Our guards had no communication on defense and repeatedly got beat off the dribble, abused on back-door cuts and didn’t have Tyson Chandler in the middle to cover up their mistakes (Bargnani was absent-minded and always a step behind himself on the help defense). The Spurs took away everything inside and doubled Melo quickly, forcing the rest of the team to try to be playmakers.

The result was another disastrous opening 12 minutes that saw the Spurs shoot 74% (4-4 from downtown) and go up 35-17. The Knicks could only manage 29% from the field.

TOYED WITH: One of the many indicative plays of the Knicks futility was Kawhi Leonard securing a rebound and literally going coast to cast for an uncontested layup. The Spurs continued to hit from downtown and the boos started appropriately from the Garden faithful. By halftime, the Spurs were up 61-45. That 16-point deficit would represent the closest the Knicks would get for the rest of the game.

JR OUT OF SYNC: The Knicks needed a big game from JR Smith and got nothing. Smith was 0-5 in the first half, missing a circus shots and turning the bally over 3 times. As the lead ballooned to 28 in the third (79-52), Smith was visibly frustrated. Green hit his sixth trey and the lead was 90-60 headed into the fourth. JR finished with 5 points on 1-9 shooting.

BAD PLAY ALL-AROUND: Although Melo (16), Bargnani (16) and World Peace (13) all hit double figures in scoring, no one on the Knicks can claim they had a good game. The defense was bad on every front. Nothing came easy on offense, and San Antonio would always find the open man with efficient ball movement. The entire fourth was essentially garbage time.

KNICKS WINLESS AT HOME: After protecting home court last year with only 10 defeats at MSG, the Knicks have dropped all three games played at home thus far. It’s very disconcerting to see the team not being able to bring effort in front of their fans.

A COACH ON NOTICE: Coach Woodson wore the look of man exasperated with his situation. It’s clear he has a team whose pieces he’s yet to figure out. Time is short — even with Chandler out, this slow start can’t last for long or he’s gone by next month.