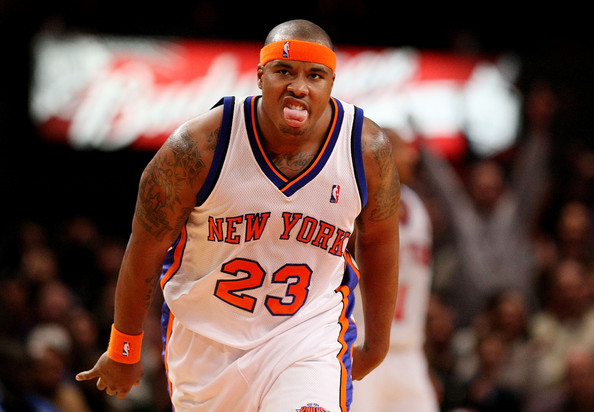 Richardson has been out of the NBA this season, but spent 4 years with the Knicks from 2005-2009. During that span, he averaged 10 points and 5 rebounds.

In his last NBA stint in 2011, he averaged 5 points and 3 rebounds over 48 games for the Orlando Magic.

The Knicks made it clear after Jones got dropped that they were looking for another wing player. That made most Knicks fans believe all our bigs were set to go. Then after Rasheed Wallace had to leave Monday’s Bobcats games early because of a sore left foot, the talk went back to possibly signing another backup big.

No one saw Quentin Richardson returning to the Garden. I admit, I have bad memories of those dark seasons. However, Q-Rich has always been a no-nonsense guy who as a Knick had several confrontations with Celtics players. At the very least, he’ll be physical. Now we don’t need him being as physical as we see below, but I wouldn’t mind him popping Garnett one time. Welcome back, Quentin!